In my last post, I detailed the features of Malaria Fever. Except for the treatment part, which I believe is that you should leave it to your family physician, I have covered almost all signs and symptoms of malaria.

Today we take up another topic which is in news off and on—Dengue fever. The pictures I have put up below will explain how you acquire Dengue Fever, its signs and symptoms, and its complications.

With the rise in population in most of the developing countries and lack of hygiene and cleanliness, there has been a rise in the mosquito population as well. Dengue is caused by a daytime biting mosquito called Aedes Egyptus [as shown below]. They carry the dreaded flavivirus called the dengue virus and there are four varieties which can cause the disease in varying severity. 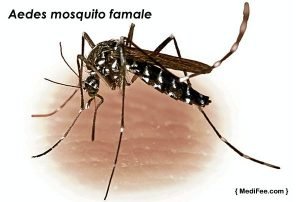 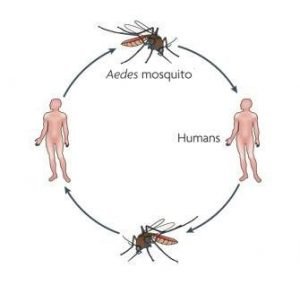 Having viewed the visuals above, you will have a fair idea as to what to expect in dengue. Patients of dengue complain of severe body-ache[so called breakbone fever]  along with abdominal cramps, vomiting, sometimes rash over the body[due to leakage of fluids], diarrhea, etc. Tests to be carried out are:-

3]NS1 antigen test[mostly positive from the 2nd day of fever]. This is one quick test to determine if the patient is suffering from dengue.

CBC may show a rise in hemoglobin level and red blood cell count [also called hemoconcentration], lowering of platelets and white blood cell count. There is extravasation of plasma, that is, leakage of fluid from the tissue cells into the space surrounding the cells leading to dehydration. Lowering of platelets may cause internal bleeding leading to a condition called Dengue hemorrhagic shock and if not treated properly, ultimately leading to death.

Treatment is primarily to correct the dehydration by having oral fluids and/or I.V. fluids like glucose, saline, electrolytes etc., if there is vomiting. Antiemetics are given to reduce/stop vomiting. Paracetamol is given to control the temperature. The patient is encouraged to have a regular diet, as there is loss of appetite due to fever, vomiting and the disease itself. In case of severely lowered platelets[normal range 1.5 t0 4.5 lakhs per decilitre of blood], your attending physician may consider transfusion of platelets[ if it goes below 15000/decilitre of blood].

Can we prevent dengue and malaria? Yes, we can—both malaria and dengue mosquitoes breed in water ponds which are unattended. So, see that there are no water collections near your home. One thing to remember:- malaria mosquitoes bite in the night and dengue mosquitoes in the day-time. Use of mosquito-repelling liquids, body creams, and burning coils to drive away the pest also helps in preventing the disease.